I began writing this last year after we got back from honeymoon and then kind of forgot all about it until now. I’m pretty bad at logging regularly, but that’s ok. It means that I don’t flood people with dull stuff (I hope).

For our honeymoon we stayed at Crystal Springs Mountain Lodge and tried to see as many of the surrounding attractions as we could. The waterfalls in the area were on the top of the list.

The first waterfall we went to was Bridal Veil Falls, which is quite a fitting name, as the wispy waterfall moves with the wind. The falls are 146m high. I must say, I was surprised to read this, because the waterfall doesn’t seem that high when you’re there. 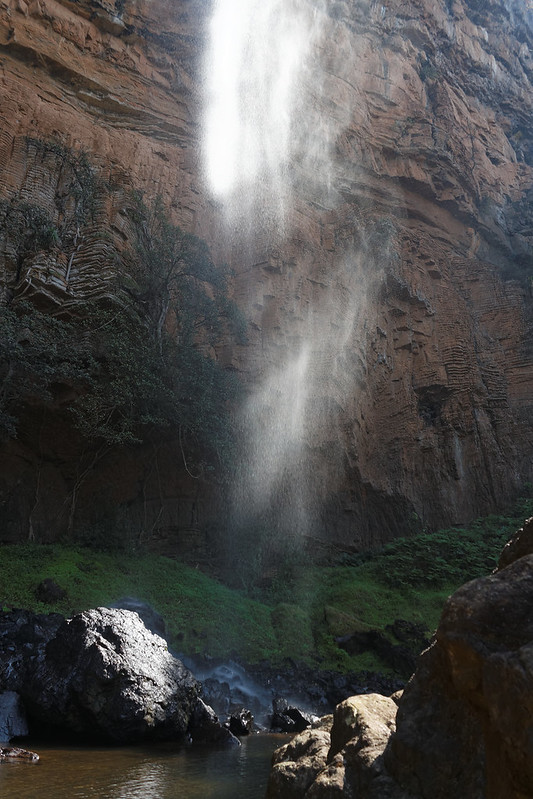 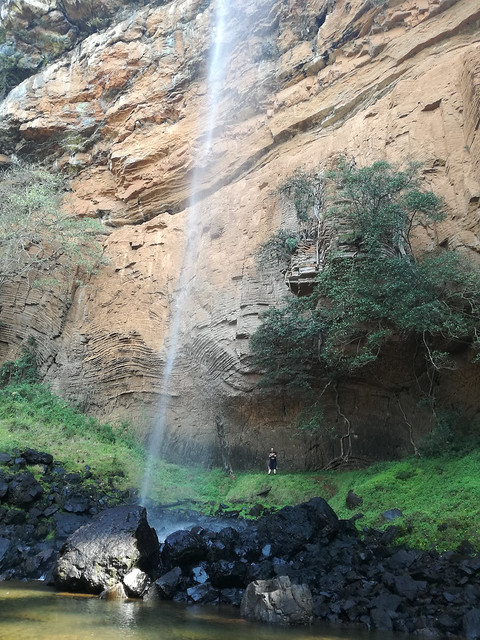 The area around the falls is beautiful as well, with ferns, interesting rock formations and wild fig trees. 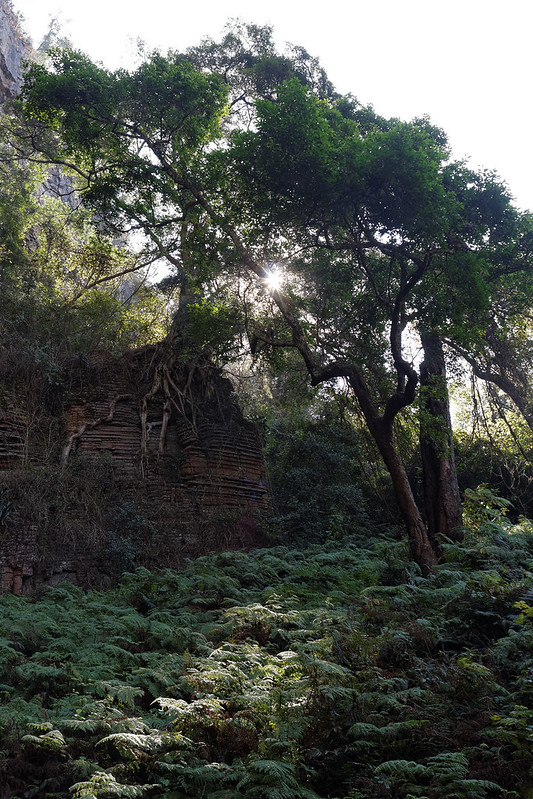 Next, we went to Lone Creek Falls, which is 70m high, but feel much bigger, probably because of the volume of water. The walkway to the falls holds its own charm, with various plants and mosses. You would also hear and see birds as you walk. 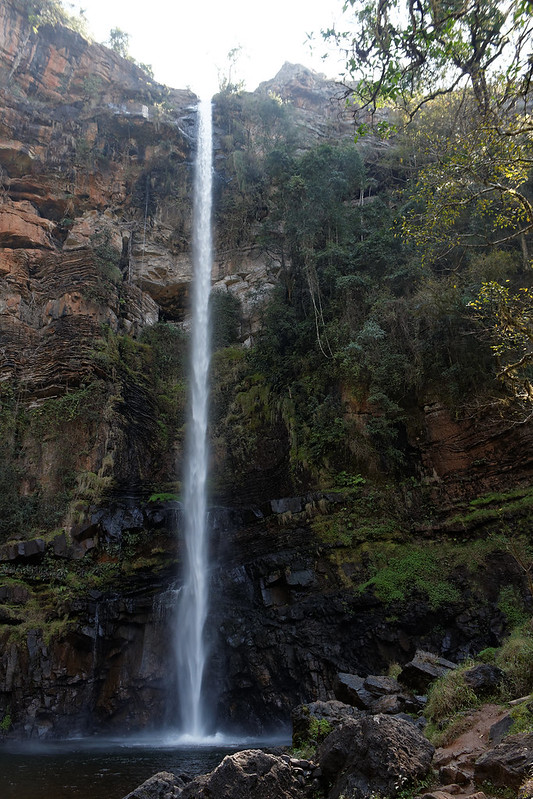 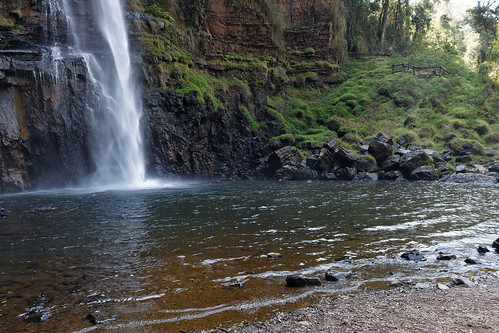 Next on the route was Horseshoe Falls that are 10m high. The vantage point for these falls isn’t as nice and clear as the other falls’ vantage points. 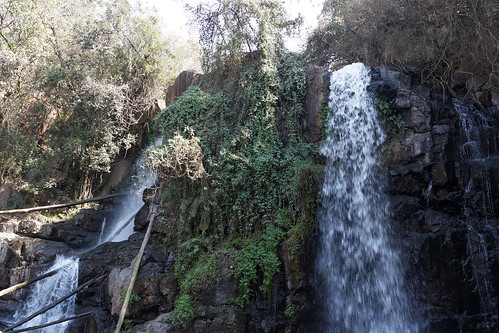 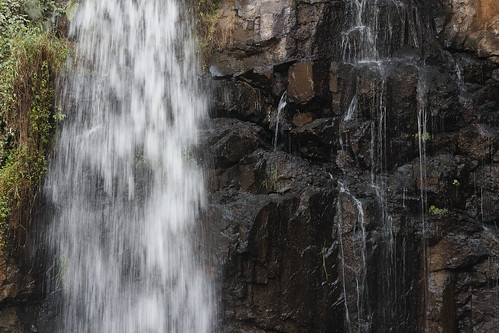 The next waterfall is the Mac Mac Falls, a 65m high waterfall in the Mac Mac River. The vantage point is quite far away and from above, which make the falls look very impressive. 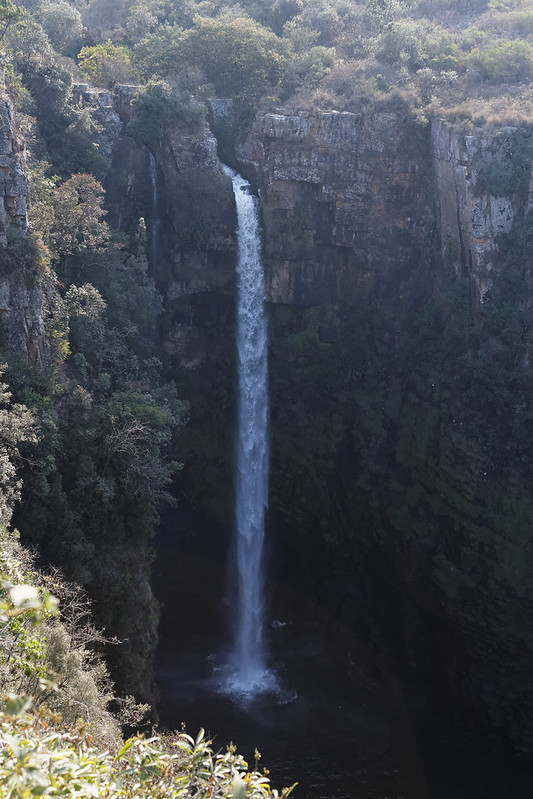 On the next day we went to a smaller waterfall we missed, the Maria Shires Falls. The falls were named after the mother of Joseph Brooke Shires Jnr, who was influential in the forestry industry in the 1800’s. Her grave is close by on a short trail. 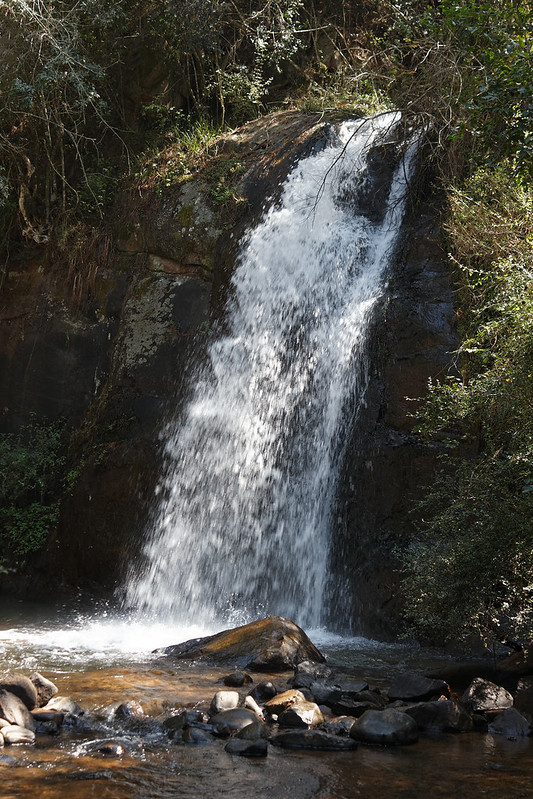 Maria Shire’s grave is the one on the left. The grave on the right is that of William Bowman “who died at Mac Mac Transvaal.” Possibly the Bill Bowman who ran an eatery in Pilgrim’s Rest?

There were many ladybugs on the wall surrounding the two graves.

The day after we visited Maria Shires Falls, we went north of Graskop to Lisbon and Berlin Falls.

Lisbon Falls are 92m high. There are the main falls, but also some small rapids to the side, which are also beautiful. 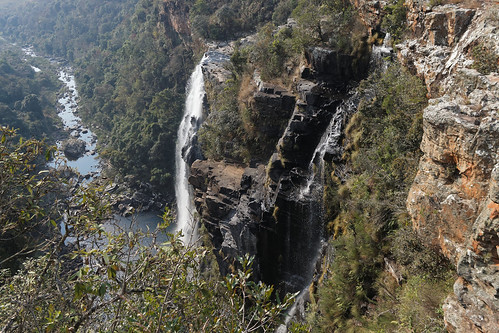 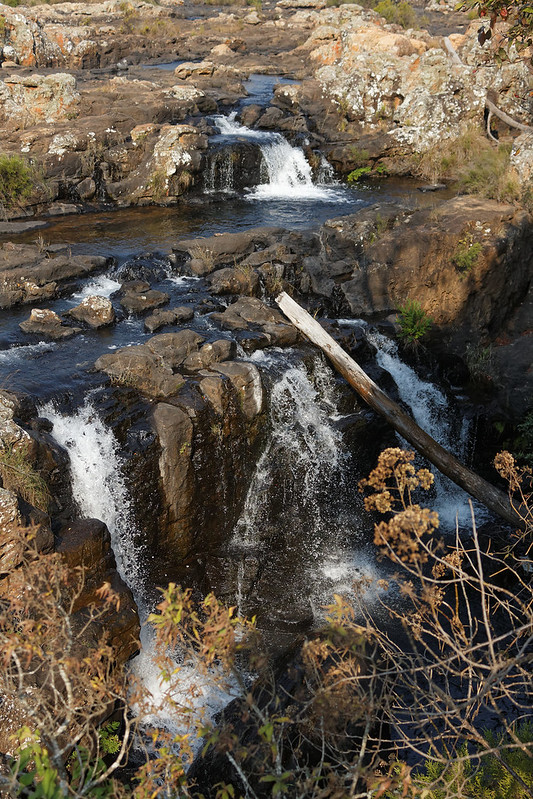 There was a birdie that was very interested in us. 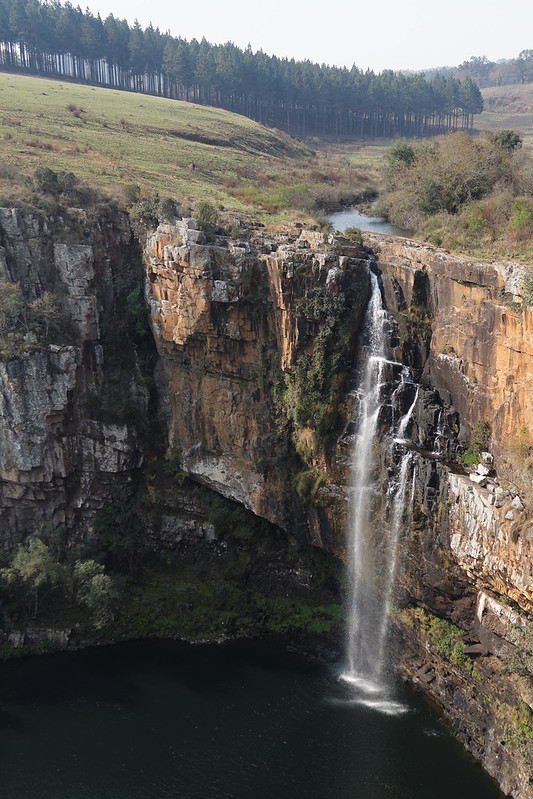 These waterfalls are beautiful and I would recommend anyone to visit them.