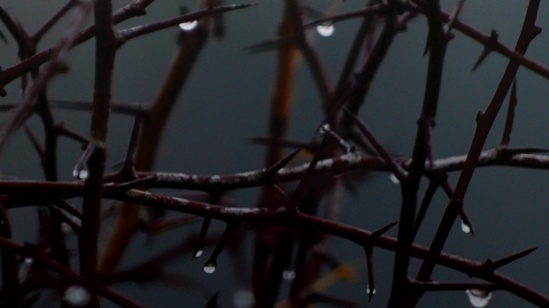 Platonic formulations insist that God must be unmovable in order to be self-determining and constant. The God of the Bible is a God who is spoken of as being responsive. God grieves, delights, and experiences anger. Alfred Whitehead develops the concept of a “dipolar deity,” which entails that God is affected by the experience of other beings, but that God is also constant as the ground of order and novelty in the universe. Bram van de Beek adds a Christological meaning to God as the ground of all that is by saying that the Logos is the ground of all that is.

Terence Nichols states that Christianity has more resources than other religions to make sense of the suffering in evolutionary history: “theologically, the tragedy, death, and subsequent creative transcendence of evolutionary history is the same pattern that is manifested in the life and death of Jesus: cross, death, and resurrection.” Arthur Peacocke states that “for any concept of God to be morally acceptable and coherent … we can not but tentatively propose that God suffers in, with, and under the creative processes of the world with their costly unfolding in time.” This calls to the mind the passage in Romans 8:19-22 where Paul speaks of the whole of creation groaning as if in labour pains. The suffering of God is an active suffering with all of creation, not a passive suffering, which cannot really be called suffering at all. Here it is imperative to mention what Bram van de Beek also emphatically states: We cannot speak about God as if we have knowledge of the full extent of the mystery of God, but we can speak in symbolic language about how God is revealed primarily through Scripture and secondarily through the world and our experiences.

Gloria Schaab states that in the context of God suffering with the cosmos, one can think of God in terms of female imagery (which is not alien to the Bible), where God nurtures new life within Godself. Elizabeth Johnson continues with the female imagery when she speaks of God as “She Who Is” and describes the creative suffering as “the pain of childbirth … accompanied by a powerful sense of creativity and … joy.” Through the pain and suffering there is joy when things go well. In creativity itself joy is to be found and with the wonders of nature there is also much joy in simply taking in the myriad of forms of life. The labour of creation is an ongoing labour, for the whole process will only be completed in eschatological time, with the new creation in which there will be no suffering. The term Shekhinah (שכינה), which is a feminine form derived from the Hebrew shakan, which means presence, can be used for the divine suffering in the cosmos. It is interesting to note what Schaab shares regarding the history of this term: “Countless tracts from the rabbinic and kabbalist traditions affirm that Shekhinah shares the joys and afflictions of both the community and the individual person of Israel to the extent that the Divine feels the pain of the human.” Thus the idea of God being present and suffering with creation is not just a modern Christian notion.

After Shekinah, Schaab turns to the term Sophia (σοφία), which is the Greek translation of the Hebrew hokmah (חָכְמָה) and the Latin sapientia, meaning “wisdom.” Sophia is a feminine form in all three these languages and although Sophia means “wisdom,” the purview is that of creativity. Wisdom was there since the beginning and delighted in the cosmos and the creatures of the earth, as is written in Prov 8: 27-31. “Nonetheless, the processes through which such creativity is accomplished do not always manifest power, order, and delight. The continuous creativity of the cosmos identified with the immanent creativity of Sophia involves fits and starts, cul-de-sacs and dead ends, trials and error, pain and death” (Schaab). This is also the picture we gain from science. Peacocke notes that the doctrine of the Holy Spirit is “’peculiarly consonant’ with that scientific perspective of the cosmos as emergent, that is, ‘of a cosmos in which creativity is ever-present’ through a ‘directing agency’ that leads to the emergence of humanity. In addition to creativity, there is also hope, as the message of Sophia is one of life: “life that endures in the face of suffering, that emerges through the travail of suffering, and that wells up in the midst of suffering through the creative dynamism of Sophia-God.” Schaab identifies three distinctions within the experiential reality of human suffering: sympathetic, empathetic, and protopathetic. When one distinguishes these three modes of suffering within the triune God, human beings can identify their own suffering with the distinctive sufferings of God. For Peacocke, God not only suffers with humans, but also “in, with and under every element of the evolutionary process.”

For Schaab, it is the suffering of God, which “characterizes the Divine as trustworthy and efficacious in the face of the existential reality of suffering in human and nonhuman creation. Such a theology of the suffering triune God does not leave the sufferer with theodicy’s dilemma of whether God can arbitrarily intervene but refuses to do so for some reason known only to God.” Thus God is not seen as the source of suffering, but rather as a co-sufferer. Schaab concludes by saying that “By sharing the suffering of creation, the triune God demonstrates that suffering itself is not redemptive and salvific. Rather, it is the love, creativity, and infinite possibility within the Divine that is redemptive through continuous creativity, unconditional presence, and freely offered grace.”

In process theology, God experiences what happens in the world and lures it towards love, creativity, and fulfillment. Evil results from different entities longing for self-actualization and God allows this, while retaining “their experiences in God’s eternal memory.” One of the biggest questions regarding this train of thought is whether memory is enough. Is it enough to know that everything is contained within the vast memory of God? Southgate goes further and asks what it matters to the suffering creature that God suffers with it. Even if God suffers, that does not take away the suffering of creatures, nor the fact that countless creatures seem to know little else than suffering. Here, the suggestion of Ann Pederson is important: “We must reject universal categories of suffering that wipe out the pain of individuals who suffer.” Southgate states that “[i]t is from the love of the Father for the world, and for the glory of the Son, that other selves gain their existence, beauty, and meaning, that which prevents them from reverting to nothingness.” To “selve” is to be perfectly oneself, not just as a member of a certain species, but also as an individual. This can be seen as creaturely praise of God, which is a concept known from Scripture. In the course of evolution, many creatures never selve. One might think of the turtle hatchlings scrambling to reach the ocean, but instead are pecked up by birds and never even reach the sea. Southgate mentions different states of living creatures in regard to selving: